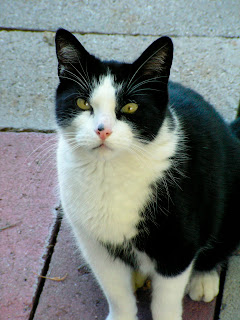 Some people might think it silly to eulogize a cat, but Brigham was more than a cat. He was a part of our family. Our neighbor girl came over late last night and told us that another neighbor had found a cat on the side of the road. It looked like he had been hit by a car, and they thought it was our Brigham.  Praying the entire way, we walked over to the neighbors garbage can, pulled out the trash bag, and looked inside. Hopefully one day the image of my baby in that state will fade from my mind. It was Brigham. Our baby that I never wanted to be an outside cat to begin with. But, when kids open doors, cats will follow. My heart broke into a million pieces.

Ten years ago, Brigham was born.  He was 2 weeks old when he and 3 other kitties were abandoned on the front steps of the animal hospital I was working for.  I took him and one other home to nurse, and someone else took the other two.  From the very beginning we knew that this kitty was different. He stood up to our older, meaner cat. Can you just see it? A little tiny kitty who fit in the palm of my hand, reaching up and trying to play with an older, meaner cat. We knew right then that he was meant to stay with us.  Before adopting him, we decided that the kittens needed names, and jokingly named ours Brigham, and his brother Spencer. Both are names of LDS prophets. We thought it funny then, and considered changing his name after adoption, but we just couldn't. That was his name.

Brigham was our son. He was babied and loved to no end. When our real kids were born, he took a backseat, but has always been an integral and loved part of our family.  He's been with us for 10 years, through 9 moves, and through the love, and torture, of 3 kids. 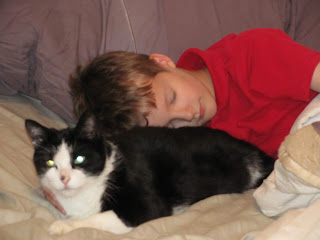 From the very first feeding when he was 2 weeks old, we used to plant kisses on his head. He learned that meant affection, and became part of his loving us. He would come up to us and bump his head into our lips, giving us kisses. I was always telling our kids how that was not something that every cat did, and that Brigham was so special.

We joke that this cat was more dog than cat. He would come running when called, especially when I called. He was a mommy's boy.  He would try to eat table scraps, becoming more demanding as he got older, and as we fought him more to get him to stop!  He was always up for a love fest.  He was so very patient with our little kids, allowing them to pick him up, put things on him, and all of the rough love that comes at the hands of little ones. 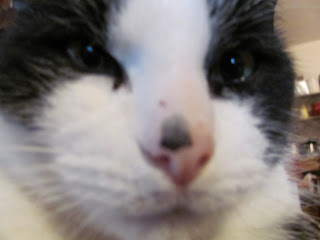 In the words of my 6 yr old Michael, "Brigham was our favorite cat!"

We love you Brigham, and pray that you are happy in Heaven. We can't wait to see you again. 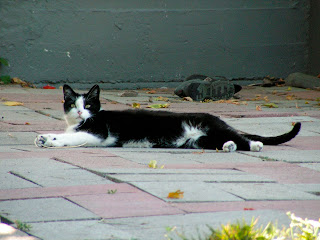 And no matter how much she growled at you, Wednesday loved you too. 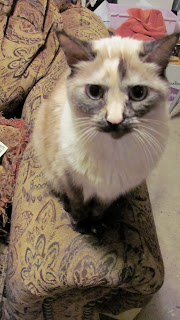 Posted by The Double Dipped Life at 8:59 AM